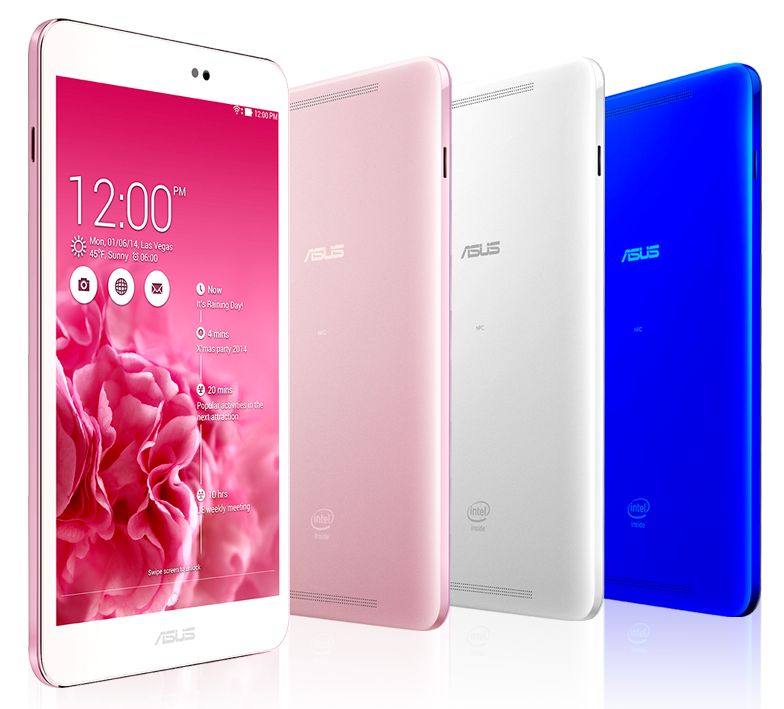 Buoyed by burgeoning Indian smartphone market, Taiwanese manufacturer Asus is all set to enter the segment with its ZenFone range next month.

The company will introduce on July 9 a number of smartphones, phonetabs and tablets in the country, including ZenFone models unveiled at this year’s Consumer Electronics Show (CES) as well as Computex. This will mean Asus will have a device at every size ranging between 4, 4.5, 5, 5.5 and 6 inches, and above.

The biggest model in Asus’s smartphone series is ZenFone 6, which sports a 6-inch HD screen. Unveiled at CES 2014, this phablet is powered by Android 4.4 (KitKat) mobile operating system and has a 2GHz dual-core Intel Atom Z2580 chipset under the hood.

ZenFone 6 comes in 8, 16 and 32GB storage options and supports external storage up to 64GB via microSD cards. Depending on the storage, the model comes with 1 or 2GB RAM. This phablet has a 13MP camera with LED flash on the back and a 2MP camera in front.

Unveiled at CES in January 2014, Asus ZenFone 5 has a 5-inch screen with 720p resolution and runs on Android 4.4 (KitKat). It will come with 8 and 16GB internal storage (and microSD support up to 64GB) along with 1 and 2GB RAM respectively.

ZenFone 5 also comes in two processor options: 2GHz dual-core Intel Atom Z2580 or 1.6GHz dual-core Atom Z2560. On the back, it has an 8MP camera with LED flash, while a 2MP camera is placed in front.

The ZenFone 5 model showcased at Computex earlier in June packs a 1.2GHz Snapdragon 400 processor instead of the Intel chipset. It has 2GB RAM and comes with 16 and 32GB storage options. The remaining features remain the same as that of its predecessor.

The first-generation ZenFone 4, unveiled at CES, has a 4-inch display featuring 800x480p resolution. This model runs on Android KitKat as well and is powered by the Intel chipset dual-core 1.2GHz Atom Z2520 processor. This model features 1GB RAM, 8GB internal storage and supports 64GB microSD support. It also has an 8MP camera with LED flash, but sports a VGA front camera.

At Computex 2014, ZenFone 4 got a minor upgrade, featuring a relatively bigger screen (4.5-inch screen with 854x480p resolution). The remaining features and specifications remain the same.

While the CES models have already hit the China market, India will be among the handful of markets to get the ZenFone products unveiled at Computex.

It is expected that these models will be positioned in the sub-Rs 25,000 segment and aimed primarily at budget to mid-range buyers.

Apart from the ZenFone models, Asus may also introduce at the July 9 event the MemoPad and FonePad products it debuted globally earlier this year.

Asus already sells its PadFone and MemoPad voice calling tablets in India, but not the ZenFone series, which was introduced globally this year only.

It will face heavy competition from market leader Samsung, home-bred brands like Micromax, Lava and Xolo as well as new fan-favourite Motorola. It remains to be seen if Asus is ready to aggressively price at least some of these products in the Indian market to take on competitors.

Tweet
Share
Share
0 Shares
Tags: 4.5, 5, 5.5 and 6 inches, and above., Buoyed by burgeoning Indian smartphone market, including ZenFone models unveiled at this year's Consumer Electronics Show (CES) as well as Computex. This will mean Asus will have a device at every size ranging between 4, phonetabs and tablets in the country, Taiwanese manufacturer Asus is all set to enter the segment with its ZenFone range next month. The company will introduce on July 9 a number of smartphones