In an analyst conference last year, Samsung revealed plans to bring foldable devices to the market by 2016-17. However, a new report by Korean news website Daum says that a foldable tablet by Samsung will arrive sooner — in early 2015.

Samsung’s foldable tablet will have an 8- or 9-inch display that can be folded up to three times, bringing the size of the smallest portion down to just 4- or 5-inch. The display panel will be made using plastic substrate with a touch-sensitive layer on top; standard touchscreen displays are made of glass.

The material and manufacturing costs in developing this product very high, the report claims. 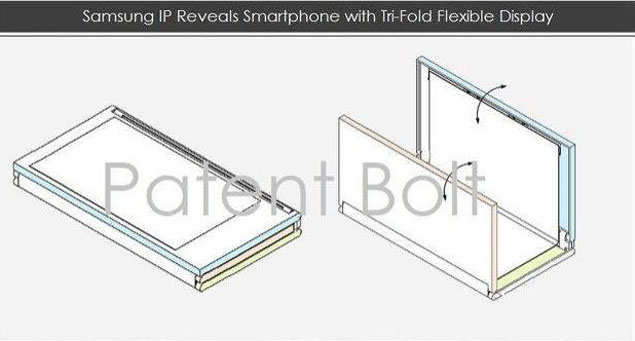 Along with the hardware, Samsung is also focussing on the software part, creating a customized user interface that takes advantage of the unique form factor of the foldable tablet. The source cited by Daum says that “a killer app is necessary” for the device to succeed in the market.

Samsung is also looking at use-case scenarios, where this tablet would have an advantage over conventional models. One such example cited in the report is women’s handbags; a foldable tablet will take up less space and be easier to fit in a handbag.

It is said that Samsung has already showcased the prototype of this tablet to analysts and high-profile customers in a private meeting at the Consumer Electronics Show in January this year.

In October last year, Samsung brought the first curved screen smartphone, Galaxy Round, to the market. It is also slated to launch the world’s first bendable smartphone in 2015.

16 hours ago IT Voice News

16 hours ago IT Voice News