Micromax recently unveiled Yureka, its first budget smartphone to be powered by Cyanogen’s software under a new sub-brand that it calls YU. Besides running the developer-friendly flavour of Android, known for its customization capabilities, the phone also boasts of the latest hardware and 4G connectivity.

At Rs 8,999, it is one of the most competitively priced smartphones available in the India market. But does it really live up to all the hype surrounding it? We try to find out in our review…

At first glance, the Yureka smartphone doesn’t look very different from other Micromax budget devices, complete with a glossy, black plastic front panel and capacitive touch keys. The corners are pronouncedly rounded while the edges are flat. Although it falls in phablet territory, the Yureka doesn’t feel humongous.

The phone has a removable back panel that has slightly rounded edges and a soft matte finish. Micromax refers to the finish as ‘Moonstone Grey’ and it does remind us of the OnePlus One although the similarity is more in the grey colour than in texture. The power key is placed at the right edge while the volume rocker sits at the left side. The keys are made of plastic and offer decent tactile feedback.

The 13MP rear camera and LED flash are placed at the back towards the left side and don’t protrude out. You’ll also find some YU branding (the only bit) and a speaker grill at the back. removing the back cover reveals the battery compartment, two micro-sim card slots and a microSD card slot.

Yureka features a 5.5-inch IPS display with HD (720x1280p) resolution. Unlike OnePlus One, the panel is not full-HD and this implies that the number of pixels per inch are less.

We noticed some distortion due to lower pixel density and also found colours to be a little over saturated. The display’s colour temperature is on the cooler side resulting in a blue tint. Switching from a OnePlus One, we found the tint to be intimidating resulting in whites looking blue and colours not looking very accurate.

The display is also reflective resulting in slightly less optimum under-sun legibility. We also found that colours appeared slightly different as you change the viewing angle. The display has Gorilla Glass 3 to protect against scratches and an oleophobic coating to prevent smudging.

Touch response was good though. Overall, we feel that Micromax could have used a better display panel.

The look and feel is very close to stock Android barring a few UI elements, although customization is possible via themes. The default theme has been tweaked a bit and the icons looked different from the OnePlus One which also runs the same OS.

The default theme features the usual lock screen, home screen and app launcher navigation structure. Long tapping on an empty space on the home screen launches a pull-up settings menu that lets you customize the home screen, app drawer and app icons. You can choose the scrolling effect, app shortcuts sorting mode, and icon size among other settings, and customize it. You can also hide app icons in case you don’t want someone to see the apps you’re using.

The software offers a high level of customization and lets you tweak the lock screen, status bar and notifications panel as per your liking. You can choose to enable direct access to the quick settings panel by pulling the right edge.

There’s a dual-view notification tray with the first panel featuring notifications and a quick access ribbon with toggles for select settings and the second one offering the quick settings panel. It also offers pop-up notifications.

You can also choose between on-screen navigation buttons and hardware navigation buttons, and programme hardware buttons to perform different actions. For instance, you can make the Home button the call answer key or make the volume rocker keys wake up the device.

This is just the tip of the iceberg and the phone offers customization at every level thanks to the OS.

CyanogenMod also offers advanced privacy and security features including Privacy Guard through which you can prevent apps from accessing your personal data. There’s also support for secure messaging through WhisperPush encrypted SMS.However, these messages are supported between devices running Cyanogen and devices that are TextSecure compatible. The Phone app also allows you to block and blacklist phone numbers.

YU Yureka also lets you sync app and game data through the Baton app but we were not able to use the service and it just returned a ‘could not connect to server’ error message.

The other native apps include a File Manager, a Gallery app, Sound recorder and a Screencast app. The Gallery app automatically organizes local and cloud-stored photos arranging them by time (Moments), occasion (Albums) and type (Media). The phone also includes all Google apps.

YU Yureka features a 13MP rear camera (f2.2 aperture, capable of 1080p video capture) with Sony EXMOR CMOS sensor and a 5MP front camera with 71 degree field of view. The phone can also shoot slow-motion videos as 60 frames per second and a future software update will make it capable of shooting slow motion video at 120 frames per second. 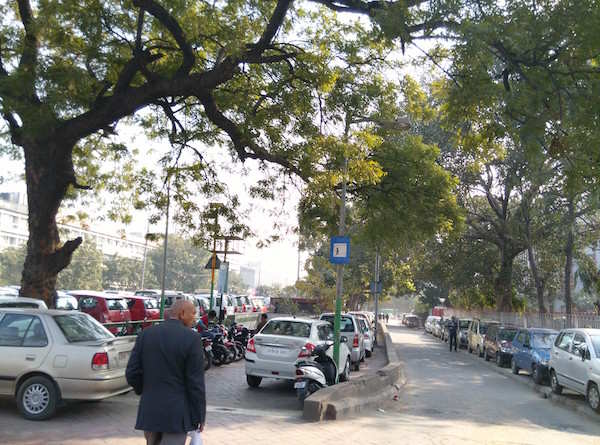 Yu comes with the CyanogenMod Camera app that offers granular settings for controls including size, quality, shutter speed, focus duration, focus mode, and ISO, among others. Vertical swipes change the scene mode while horizontal swipes lets you browse pictures and videos shot with the phone. The app offers Panorama, Burst and HDR modes. 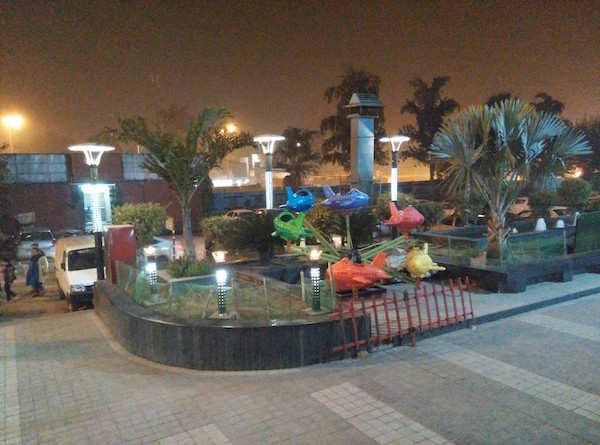 The quality of images captured outdoors, in daylight was satisfactory with good level of detail, accurate colour reproduction, little noise and good contrast.

Low-light shots were not as good and had considerable amount of noise, especially under 100% zoom.

YU Yureka sports the latest internals and is one of the cheapest devices to offer 4G connectivity and a chip based on 64 bit architecture.

The phone is powered by a 64 bit Qualcomm Snapdragon 615 octa core chip with 1.5GHz processor cores, Adreno 405 graphics and 2GB DDR3 RAM. We’ve seen the same chip in the recently launched Vivo X5Max phone. Qualcomm’s latest chip supports dual-mode 4G LTE connectivity with support for both LTE TDD 2300MHz and LTE FDD 1800MHz bands covering most present and upcoming Indian 4G networks. We were not able to test 4G as our city doesn’t have any LTE networks yet.

It’s worth pointing out that the 64-bit architecture is not supported by Android 4.4, but Cyanogen and Micromax have promised that the phone will soon get the Android Lollipop update. Phones still need more memory to fully leverage 64-bit capabilities and 2GB would not really suffice.

Thanks to all the power under the hood, we did not notice any stutter or lag while launching and switching between apps, editing photos, browsing the web, clicking pictures, watching high definition videos or playing graphics-heavy games.

In terms of synthetic benchmarks, it scored 16,914 in Quadrant Standard, 30,883 in AnTuTu, 2007 in Geekbench 3 (Multi-core) and 55 in NenaMark 2. The benchmark scores are comparable to that of Xiaomi Redmi Note 3G. We don’t endorse benchmark tests and do not recommend a phone based solely on benchmarks as real world performance is different at times.

We were able to play videos of popular file formats without any hiccups.

Call quality was average but at times the other party complained of lower loudness levels. The phone works well even in weak signal areas and we did not face any network-related issue. It comes with GPS and A-GPS for navigation and maps and was easily able to lock a signal. 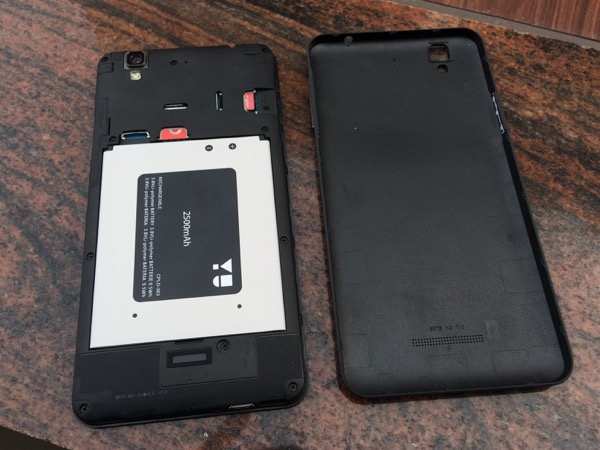 YU offers dual-sim functionality but doesn’t allow you to forward calls from one line to the other. This means it won’t notify you and forward calls when you get a call on the other line.

The sound output through the phone’s speaker outlet was decent, however, the sound quality was not great. Also, sound gets muffled when the phone is placed on a soft surface.

YU comes with a 2500mAh battery and the results were mixed, especially if you turn on full brightness and keep 3G data on.

With moderate to high usage, including about one to two hours of making calls, playing games, clicking some pictures, listening to music and browsing the web, the phone will last you a full working day (11 to 12 hours with 1-2 hours screen on time) even if you put the screen brightness at the maximum level and keep 3G turned on.

If you switch to auto brightness the backup goes up considerably.

We played games like Looney Tunes Dash, Leo’s Fortune, Riptide GP2 and Asphalt 8 (with Visual Quality set to High and Engine at 100%) without encountering frame drops or freezes. 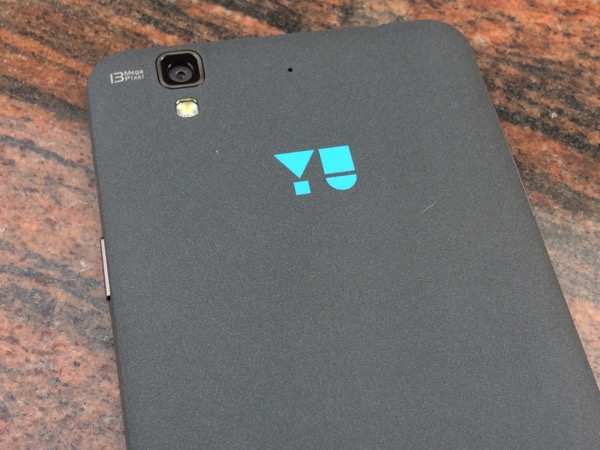 It’s difficult not to recommend the Yureka if you’re looking for a premium smartphone and don’t want to spend much. It’s certainly the best smartphone available for less than Rs 10,000 especially considering that it also supports 4G connectivity.

The build quality and display are not top notch but the performance offered by the phone is superior compared to other phones in the price segment. Of course, availability is difficult due to the flag sales model but if you can get your hands on one, the Yureka is a great buy.

MS Teams to Get New Features