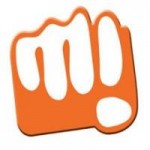 Micromax launched their high-end smartphone Canvas Gold A300 for Rs 23,999 last week. Within a week of time, this android running smartphone received huge price cut of Rs 3,000. The device is now available for Rs 20,999 on Flipkart.

Micromax has not officially launched the device. It is made available via Flipkart but since it’s listed on Micromax official website, we can expect the official launch to happen soon.Micromax Canvas Gold A300 is powered by an octacore MediaTek MT6592T chipset with 2GHz clock speed, coupled with 2GB RAM. The device has 13.97-cm (5.5-inch) IPS LCD display of 1920×1080 HD resolution.The phone comes with 16MP rear camera, which has Sony sensor used in it. It packs 5MP front facing camera for video calls. It has 3G, WiFi, Bluetooth 4.0, GPS for connectivity. The smartphone has 32GB internal storage, out which 25GB is usable. It is fuelled by 2300mAh lithium ion battery. This dual SIM smartphone is one of the best phones that Micromax has come up with this year, hence it has best and impressive configuration of hardware and software. The phone comes with Android 4.4 KitKat out of the box. There are plenty KitKat phones available in this price range from other competitors. So selling this device in market is not so easy for Micromax.