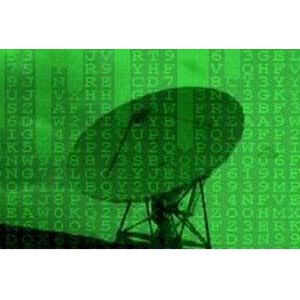 NEW DELHI: The Department of Telecom is likely to conduct the third round of spectrum auction by January and expects to garner a minimum revenue of about Rs 11,000 crore this fiscal, a top official said.

Replying to a query on expected time-line for the next round of spectrum auction, Telecom Secretary MF Farooqui said, “By January… this financial year. That’s what we are working for.”

He was speaking on the sidelines of an event where BSNL and MTNL signed an agreement to jointly offer services to business organisations and share their infrastructure required for this purpose on pan-India level.

On the revenue estimate, Farooqui said, the government is expecting a minimum of Rs 11,000 crore from the spectrum auction in this financial year.

The government has set a total revenue target of Rs 40,874.5 crore this fiscal from spectrum, including auction amount, one-time spectrum charge and annual regular licence fee.

Telecom regulator Trai in its recommendations has suggested up to 60% cut in the floor price of mobile phone spectrum for the upcoming auction after two previous sales drew lukewarm response due to high reserve price.

DoT formed an internal committee on September 9 to study and submit the report after receiving the same from a standing committee. The committee, headed by member (technology) at DoT, was given 10 days to submit its report.

“The report should come this month,” Farooqui said. After receiving the standing committee’s report, the DoT would place the matter before the Telecom Commission.

The stand taken by the Telecom Commission will be placed before the Empowered Group of Ministers on spectrum for a decision on the third round of auction, the source said.

Trai, in its recommendations, released on September 9 suggested a pan-India reserve price of Rs 1,496 crore per MHz in the 1800 band, down 37% from the base price set in the previous auction.

In the 900 MHz band, it recommended a reserve price of Rs 288 crore per MHz for Delhi, Rs 262 crore for Mumbai and Rs 100 crore for Kolkata. These rates are about 60% lower than the reserve price set in the previous auction.