Indian mobile devices brand Xolo is all set to soon launch what could be world’s lightest phone.

Sources told TOI Tech that the company is gearing up to introduce its first Windows Phone-based, ultra-light smartphone in early July. The phone, part of its Xolo Win series, will run on Windows Phone 8.1 mobile operating system.

It will be a budget device priced around Rs 12,000 and is likely to be the lightest ever phone, weighing a little under 100 gram.

A Xolo spokesperson, however, refused to confirm the details, saying the company did not want to discuss its under-development phones or the launch road map.

However, TOI Tech has learnt that the Xolo Win smartphone could sport a 4.7-inch screen and will be powered by Qualcomm’s Snapdragon 200-8212 quad-core processor.

This will, of course, not be the first Windows Phone handset by an Indian company as rival Micromax is set to beat Xolo with the launch of two budget WP 8.1 smartphones based on Qualcomm Snapdragon microprocessor-based on June 16. So far, Samsung Galaxy S4 mini remains the lightest phone at 107 gram, followed by Apple iPhone 5S at 112 gram and HTC Desire 500 at 123 gram.

In past one year, Xolo has been establishing itself as a distinct brand different from its parent Lava which also sells under Lava brand name. The two brands have overlapping Android-based offerings, but Lava largely caters to entry-level phones.

Is lightest the smartest? As an aside, when phones were yet to turn smart, there was a fierce battle among phone makers to have them made smaller and smaller, with miniaturization attracting a premium price tag. 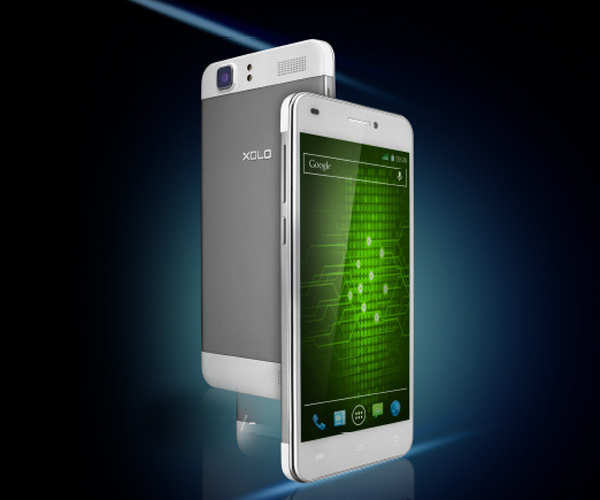 Then came the battle for anorexic phones as they started suffering from a Barbie syndrome, turning slimmer and lighter. Manufacturers got into the ‘slimmer and lighter’ race after Apple famously started putting its iPhone and iPad range on a strict diet plan.

Even as Apple founder Steve Jobs felt smartphone users did not want a screen bigger than 4-inch in size, rivals globally went ahead and made phones with bigger screen sizes, sometimes overdoing it with obnoxious sizes like 6 inches (and above) that border on tablets. Thus the term ‘phablets’ was coined!

The jury, however, is still out as to how much lighter, bigger or thinner smartphones can get due to practical restriction imposed by the need for a good grip!

Phones that weigh around 100 gram, sport a screen of around 5 inch and are thin enough to fit the palm comfortably could be here to stay until the smartphones are completely reinvented.