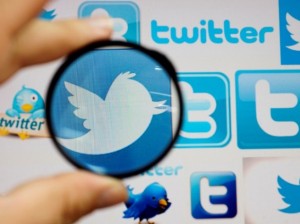 Twitter has finally given the gift of gif animation to its millions of users. The feature is available for Android, iOS and Web users.

It has been noted that users on Android and iOS would be able to watch the gif animations by tapping on a dedicated play button. The gif images will not animate automatically as to prevent users from downloading any unwanted data. Users can upload gif images via the gallery button the same way in which normal images are uploaded.

Notably, Twitter users before the introduction of this feature could only upload video content via the Vine application and gif animations via third-party apps like TwitPic or Giphy.

Additionally, it has been understood that while other social websites like Tumblr and Pinterest already have this feature, Facebook is still adamant on not including the gif animation feature (as noted by The Verge) , as it believes they will make the News Feeds look not so appealing.

Last week, some Twitter users reported an update being rolled out containing the new tweet embedding feature. Some users also reported the Bing translation feature to have rolled out to the iPhone and iPad apps. It’s still not clear whether Twitter is rolling out this feature to all users, or if it is something the company is testing in certain areas.