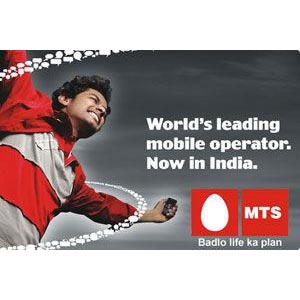 Sistema Shyam, which offers mobile phone services in nine circles on the CDMA platform under MTS brand, will ask the volunteers to keep checks on the performance of retail outlets closest to their homes and pass on feedback to the company’s retail business team. The company has 500 exclusive retail outlets that directly generate 14% of its annual revenue and over 20% of data revenues.

The company’s revenue during the second quarter to June 30 stood at nearly. 291 crore, of which non-voice revenue was over 34%. “Maximising revenue is a business need and our employees across hierarchies are being encouraged to drop into their nearest exclusive MTS outlet whenever convenient to check product knowledge and behaviour of staff manning these premium branded stores,” said company chief marketing officer Leonid Musatov.

He said that SSTL’s employees were also being encouraged to track the general upkeep and assess the overall customer experience at these outlets, which are the face of the MTS brand in India. Shiv Putcha, principal analyst (consumer services) at telecoms consultancy Ovum, believes SSTL’s latest employee initiative is part of a wider strategy to maximise revenue from its truncated mobile footprint.
SSTL was among the worst hit operators in the 2G scam as it lost 21 of its 22 licences, with the exception of Rajasthan, after the Supreme Court annulled 122 mobile permits in February last year. The company eventually won back spectrum through auctions in March in eight additional circles — Delhi, Kolkata, Gujarat, Karnataka, Tamil Nadu, Kerala, UP-West and West Bengal.

The company’s exclusive retail stores are managed by franchisees and the total staff count at these outlets is roughly 1,600. SSTL said that this broader employee engagement exercise wasn’t triggered by any negative customer feedback, but was “largely in response to the fact that 78% of all customers do not make a transaction or an intended purchase because of poor service experience”.

A company executive who did not wish to be named said that while there are no immediate monetary benefits, “employees who go beyond duty call” to provide vital inputs deemed valuable by SSTL’s leadership may see enhanced career prospects, Brand specialist Harish Bijoor likens SSTL’s latest move to “mystery shopping drills” initiated by leading global companies such as Unilever, Louis Vuitton and Jimmy Choo to spruce up store performance . “Professional executives disguised as shoppers conduct spot checks at key brand touchpoints with the store staff completely in the dark that they are being checked,” Bijoor said of the FMCG initiatives.

But the biggest enabler of such an initiative, according to him, is the enhanced employee involvement levels. “When a back-end operations guy, as in a networks or logistics division, in a telco gets an opportunity to provide inputs for enhancing the front-end of the business, as in overall brand experience, his engagement level with the company goes up sharply, which in many ways builds greater involvement into the DNA of the employee,” says Bijoor. But Mahesh Uppal , director of Com First (India), a consultancy dealing in telecom regulatory affairs, was more skeptical of the outcome , saying though the concept was “interesting” , he had doubts whether it will actually scale up revenue or improve the quality of the store experience.

Indications Your Gf Is Certainly Going to Split Up to you