It was rumoured that Micromax would launch a Windows Phone-powered smartphone featuring 5-inch full-HD display, Snapdragon 800 processor and 2GB RAM. This device was rumoured to sport a 13MP rear camera and a 5MP front-facing camera, 16GB internal storage and a microSD card slot. However, we doubt it is among the two devices slated for launch next week.

The upcoming two Micromax handsets will be the first Windows Phone 8.1 devices to be announced globally after the launch of Lumia 630 by Nokia in April. Lumia 630’s two version are priced between Rs 10,500 and 11,500.

Micromax will launch its first Windows Phone-based devices under its Canvas brand two months after being officially announced as Microsoft’s Windows Phone partner. 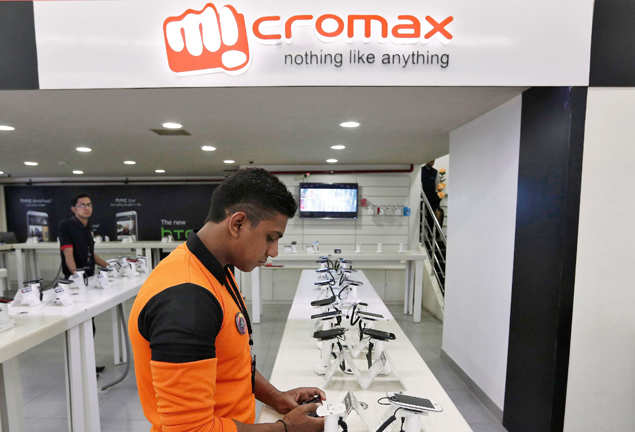 The world’s biggest software maker announced its partnership with Micromax at its Build conference in April, where it had also unveiled Windows Phone 8.1, the latest iteration of the OS. Micromax is the first of its partners which plan to launch devices based on Windows 8.1 in India, the other being Lava and Karbonn.

Microsoft is also reported to have waived the licence fee for Windows Phone. In a boost to take its OS to the masses and grow the ecosystem, the software major is working closely with a number of locally-strong phone makers in different countries.

Lava and Karbonn too will be rolling out Windows Phone devices in coming months. The devices are expected to be priced in the affordable range of Rs 6,000 to Rs 12,000.

However, Micromax has still not launched its dual-OS (Android+Windows) LapTab device. It was expected to be introduced in May although rumours suggested that the device had been shelved due to dual-OS devices facing resistance from both Google and Microsoft. Micromax had first showcased the LapTab at the Consumer Electronics Show in Las Vegas in December 2013.