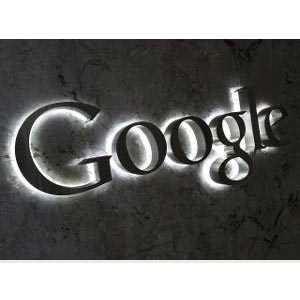 LOS ANGELES: Ben Gomes, the India-bred techie who oversees Google’s handling of 100 billion searches a month, believes a new voice-based interface is needed for the next frontier of search centred around mobile phones and tablet computers.

“Now search is becoming mobile – on phones and tablets. The challenge is that it is on a small screen, so it’s hard to type. The opportunity is that it’s got a really good microphone and a touch screen,” he said.

“It can enable a new kind of interface. So we realized we want to build an interface that was much like the way you talk to some person and ask a question,” Gomes said.

And while the Google search app can already respond to questions using voice-based software, Gomes told the BBC that the process is “going to get better and more intelligent.”

The Tanzania-born, India-bred, US-educated vice-president of search is responsible for helping to answer queries in the shortest time possible on desktops, tablets and phones.

Search is Google’s cash cow, bringing in a majority of its $50 billion revenues last year. It is also, said Gomes, “about having a continuous conversation with the user to find out what he wants.”

Described by BBC as a “boy-like 45-year-old guru of search in Google plex,” the company headquarters in Mountain View, California, Gomes works out of an untidy cubicle with four other top engineers.

Gomes and his team work on “their fine-tooth comb search of the worldwide web to serve up the popular search engine.”

He said: “When I joined Google in 1999, search was about basically finding the words that you search for in a document. Then we took this view that we were going to understand what you want and give you what you need.”

Trawling through over 20 billion webpages a day, Gomes and his “army of search” – a substantial number of Google’s 44,000 employees – use algorithms to make search intuitive, multimedia and super smart.

“It’s a database of all things in the world. It pulls together different databases and unifies them into a single coherent one that has about 500 to 600 million people, places and things in them and about 18 billion attributes and connections between those things,” he said.

Google handles 100-billion plus searches every month, or over three billion a day. A good 15% of the search questions it sees every day are new.

When Gomes joined Google in 1999 after a stint in Sun Microsystems working on Java programming language, some searches could take up to 20 seconds. Today a search for Ben Gomes on Google shows about 19,000,000 results in 0.28 seconds.

Gomes, the son of a car distributor father and a school teacher mother, moved to the US 25 years ago. He went to Berkeley, where he received a PhD in computer science.