Google has marked Father’s Day with a doodle that also continues the internet search titan’s celebration of the Fifa World Cup.

Father’s Day is celebrated on the third Sunday of June every year in India, as well as in several other countries. It is celebrated to mark fatherhood, the bond of a father with his children as well the influence of fathers in a society.

The doodle by Google depicts a father holding his son’s hand as they go watch a football match; the son is holding a football in his right hand. The father and son are portrayed by the two ‘Os’ in the Google logo. 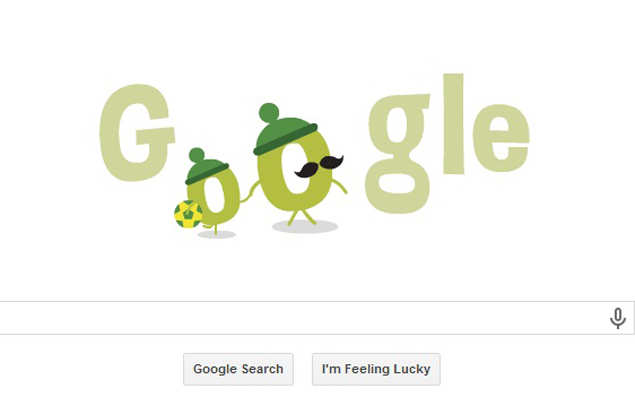 Clicking on the doodle takes the user to a page showing the full itinerary of the 2014 Fifa World Cup.

Google celebrates several discoveries, inventions and occasions, including birthdays, by changing its logo. During the 2013 Olympics, it made several interactive doodles, where the user could play games online.

12 hours ago IT Voice News

12 hours ago IT Voice News

15 hours ago IT Voice News