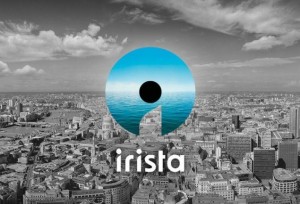 Canon has launched its own cloud-based photo storage service called Irista. The company is touting the service as an advanced, cloud-based image management platform that the company claims will allow users’ to access, and manage photo libraries.

Irista was previously known in beta-form as Project1709 and allows users to save photos from cameras apart from Canon like Nikon, Olympus, Sony, Panasonic and Samsung.

Canon says the Irista service has been created around few consumer factors such as making it quick and easy to find a saved image in a photo library; social integration with Facebook and Flickr allowing users to publish images directly to these platforms, and all a user’s images being stored at one place, which can be accessed anytime, and from anywhere.

Head of Consumer Imaging Group, Canon Europe, Alessandro Stanzani said on the launch of Irista, “People are taking more photos on more devices than ever before, but it can be difficult to enjoy your images when they’re stored in different places. With Irista, we’ve created a platform that solves that problem. It’s currently the only service of its type and is built entirely around the needs of the user – reflecting a lot of the feedback received during the beta phase. It’s an invaluable resource for those who love their images, and will only get better as we add more and more features over time.”