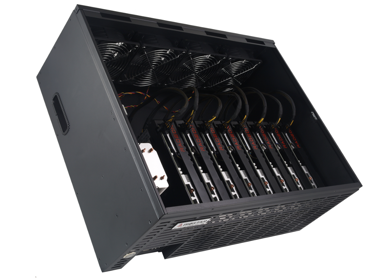 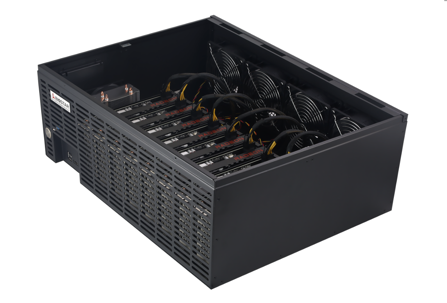 The iMiner 660MX8D2 comes with an Intel G4900 processor, 8Gb of So-Dimm DDR4 Memory at 2666 clock speed, and a 120Gb SSD designed to carry out all the operations at ease. With a 2000W / 220V PSU and BIOSTAR’s precision power delivery technology, the iMiner 660MX8D2 is never short of power across all components that deliver superior efficiency and mining capability. Furthermore, a LAN port powered by Realtek RTL8111H chipset brings much-needed ethernet connectivity.

Capable of running Win10, HiveOS, or Linux, depending on user preference, the iMiner 660MX8D2 is built to be extremely user-friendly to operate and has the capability for users to maintain large quantities with ease. With the availability of larger quantities, the iMiner 660MX8D2 mining rig is the best investment for mining enthusiasts and large-scale mining businesses alike.